During the 1970s, a breeder named George Wagner Jr., started crossing drafts to Saddlebreds to recreate as closely as possible the original Saddlebred type. He wanted to bring back the heavier boned, bigger Saddlebreds of the historic past, which were more robust and sensible. One example of the original type Saddlebred was General Robert E. Lee's horse, Traveler, who was Lee's favorite horse throughout his many battle campaigns. Other examples would be the noble Saddlebreds ridden by officers of the United States Cavalry in the Civil War. However those were the old fashioned, bigger Saddlebreds of yesteryear. The American Saddlebred of today has changed a good deal from its original appearance, and tends to have much less bone. Occasionally an "old fashioned" or baroque style Saddlebred can still be found, but most have disappeared from the equine scene. Due to Mr. Wagner's dedicated efforts, the original Saddlebred can again be seen in the magnificent Georgian Grande.

The name means "George's Great Horse", and indeed George Wagner did succeed in producing a truly great horse; a horse that is even more impressive, noble and dependable than the old Saddlebreds! These horses have emerged as a breed of their own, in their own right, the incredible Georgian Grande.

The bloodlines must be a blend of the Saddlebred with Friesian, Clydesdale, Shire, Percheron, Belgian, Brabant, American Cream Draft, Registered Drum Horses, and Gypsy Vanners (aka "Gypsy Horses").  Any of these breeds are acceptable provided they are registered within their own breed and have proof of pedigree.

The percentage of Saddlebred can be up to 75% but never less than 25%. Many time people ask IGGHR if they can register a horse that is part Arab, TB, Morgan, etc. The answer to that question is no; the horse must be a blend of one or more of the above mentioned Friesian or draft breeds and Saddlebred. The "light" horse in the pedigree must be Saddlebred and Saddlebred only. 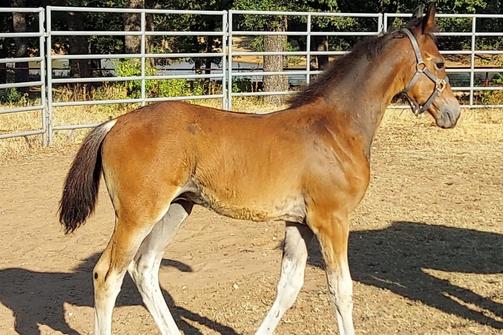 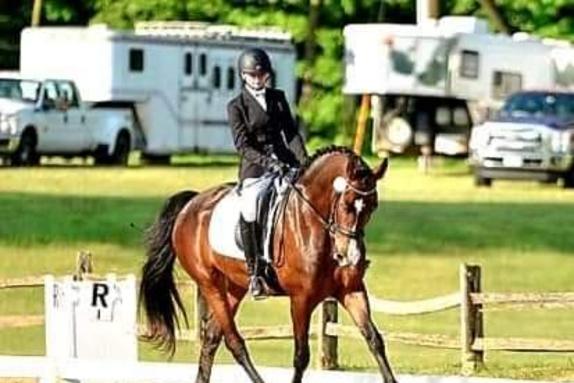 HISTORY OF THE BREED 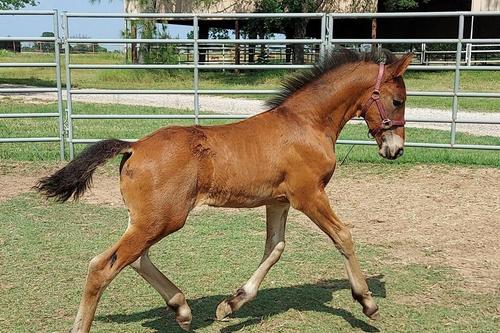